Butterfly valves are used for isolating or regulating flow. They are a quarter turn valve similar to a ball valve except the closing mechanism is a disk instead of a ball. Butterfly valves are typically lower in cost to other valve types as they are lighter in weight meaning less support is required to have them in line. The disc of the valve is operated by either a lever, gear or actuator. When the valve is closed the disc blocks the flow- when open the disk turns to allow flow to pass through; however the disk will always be present within the flow resulting in a pressure drop regardless of valve position. Butterfly valves can also be open incrementally to throttle flow. 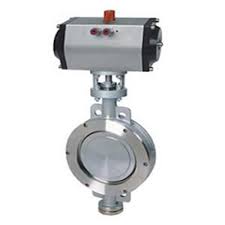 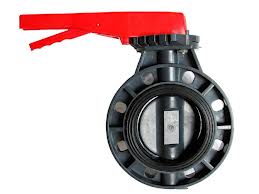 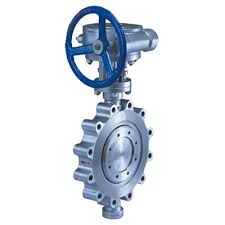